K-phon mini is a VPN injector that works with a set of proxies to provide its users with free internet. K-Phon mini is just a simple proxy injector developed by Denny Kristianto.

K-phon mini is an open source software developed and published by Denny Kristianto. This VPN is available only on PC and is known for working hand in hand with Psiphon because they work on same protocols and at times work together at the same time. K-phon mini helps every of its users to connect to the internet with the help of a specified proxy and port.K-phon mini is most useful when you are trying to inject an unknown host on any network but with clear hints and instincts that you might get good results. 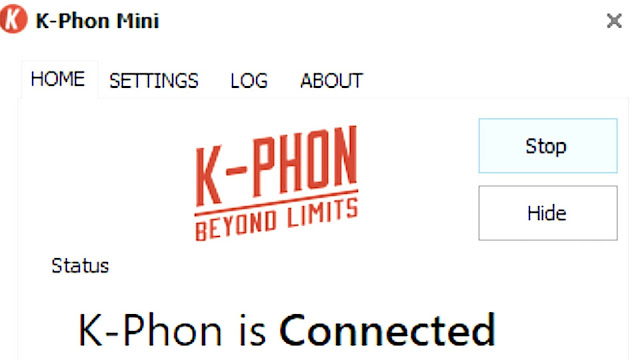 That’s why, running a test on the host network is really important for this. K-phon mini provides are very friendly user interface that ease the navigation of any user throughout the software. K-phon with its injection and tunneling features is known as one of the PC softwares that is used to obtain what we call free internet. The software is very user friendly to facilitate the navigation of any novice user.

Below are some of the features of K-phon mini that defends the title of this software.

Below, you can get all the details of K-Phon Mini

Make sure your PC complies with the below requirements before heading to download and install the software.

Download K-Phon Mini stable version from the link below. Make sure you read the specifications for this software stated above before downloading.